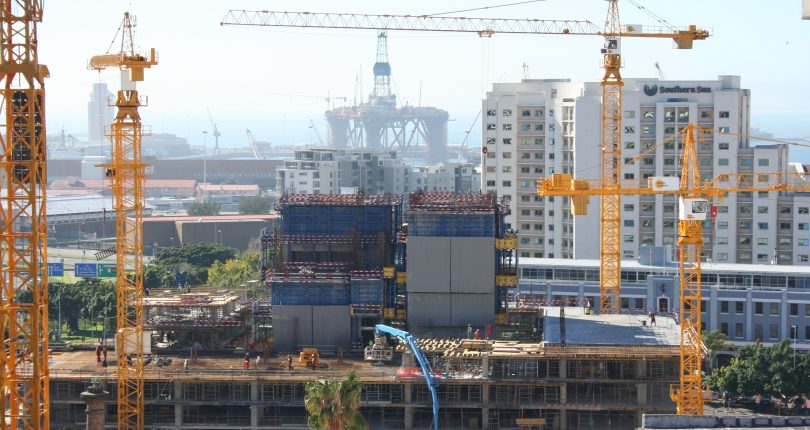 Many people in Africa are moving from the rural to urban areas, and this trend will not come to an end anytime soon. The migration is influenced by the high growth of the African economy in the urban areas. Technological revolutions and infrastructural developments are among a list of favorable factors that are attracting people to the urban zones. For that matter, there are many residential projects under construction in Africa. Some of the projects are complete while others are still underway.  Let us take a look at some of the African residential areas that are under construction or complete.

The $8 Billion project is situated in the east of Johannesburg in South Africa. The project is under construction by Shanghai Zendai, a China-based company. The development will focus on infrastructure. However, houses and schools have been given priority in the project. Furthermore, it will have an international conference, international residential community, light industry park, and a sports center. It will also have a trade and logistics park, silver industry and retirement industry, and an exhibition center. The city will be in a position to house not less than 100,000 people once completed.

The project, worth $2.4 billion, is located in Lagos Nigeria.  New Festac Property Development Company Limited, (NFPDCL) handles the largest part of the construction.  After which, the same body will be responsible for the marketing and sales of more than 7,000 plots of land. The plots are retrieved from reclaimed land. However, the second phase was approved in September 2015 by Nigeria’s Ministry of Housing and Urban Development.

The Egyptian government is planning to construct housing units in Egypt. The government managed to outsource the funds totaling to $381 million for the project from four contracts. After completion, the project will have 150,000 constructed residential houses. It is expected that the construction will be completed by the end of 2018.  Banque Misr and Banque du Caire, the Housing and Development Bank and the National Bank of Egypt will carry out the construction process. Furthermore, the three have each contributed a loan worth $95.4 million.

The project is located in Pretoria, South Africa. It will see the construction of six mega housing facilities in the next five years. The move is aimed at reducing the highly unsettled population in the city. The city had planned to construct roughly 5,000 housing units in 2017. Moreover, it had plans of having 8,000 more housing units before the end of 2017/2018 financial year.

The idea of the project came from the Silicon Valley in America. The project is located in the Eastern part of Kenya and is worth $14.5 billion. The project is being constructed on a 60 kilometers land. The construction work is under the Ministry of Information and Communications Technology.

South Energyx Nigeria Ltd is the largest real estate project in Nigeria’s market. The project is being constructed on the shores of Victoria Island. The construction is under South Energyx Nigeria Ltd. The land where the project is sited was reclaimed from the shores of Victoria Island. The project will rely on its road network, power and water supply. Furthermore, the project will be under the protection of 8-kilometer long sea wall. It will also be in a position to house more than 500,000 people.

The project is owned by the Federal government. Nigeria marked its 100th anniversary on January 2014. The country used the launch of the project to celebrate the milestone. The project was launched in 2014 and was estimated to take 10 to 15 years for completion. The $18 Billion project is being built on 1,260 hectares and will accommodate more than 400,000 residents. The Abuja based project is expected to copy from Singapore, Monaco, and Dubai.

Cairo is the capital of Egypt, but Beijing is on the verge of constructing a new capital for the country. The city is to be constructed on a 700 square kilometers off the desert located on the eastern side of Cairo. A total of $45 billion is required for the groundbreaking. The project will comprise of an Indian-financed medical center and a university. It will also have smart villages and 1,000 mosques.

The project came to completion in 2010 and had more than 10,000 apartments.  It was the biggest housing site in Ethiopia, and currently, it houses 50,000 people. Majority of those works many miles away from the city center.

The country is planning to put up low-cost houses across the country worth Sh2.6 billion. Kenya is the largest economy in East Africa. The state is planning to close the national housing gap which stands at 1.85 million units. Ministry of Transport and Urban Planning shortlisted a total of 35 firms to undertake the project. Machakos and Mavoko are to be used as a model for the project. The government also promised to give 800,000 houses at affordable rates, and 200,000 social houses will be on sale in five years.

The groundbreaking ceremony for 88 Nairobi condominium occurred yesterday, February 6, 208. Upon...